Ministers responsible for Research came together on 21 July 2015 in Luxembourg for the "research" component of the Informal Meeting of Ministers for Competitiveness which started the day before. Chaired by Marc Hansen, Secretary of State for Higher Education and Research, the meeting addressed the integrity of research and equal opportunities in research. 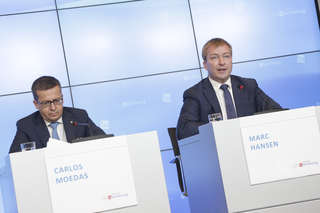 On the whole, the delegations supported the efforts of the Luxembourg Presidency to encourage a responsible course of conduct in research across the whole research and innovation cycle, from the initial idea to the final product, asserted the Secretary of State after the meeting. "In so far as the need to build confidence between science, society and policy makers is growing, it is essential to make the culture of best practice a fundamental component of the integrity of research", he added.

Discussions focused on  establishing processes and structures to promote the integrity of research, which should prevent integrity violations and ensure consistency, equity and transparency when investigating possible cases of misconduct. The focus was on the prevention of misconduct and on "training, at all levels of career progression, of a researcher", explained Marc Hansen.

The Secretary of State took the view that the development of "a set of more harmonised guidelines" on the integrity of research, based on existing European Codes of Conduct, would "bring real added value to research excellence". Such a Code of Conduct should cover responsibilities of the individual researcher and at institutional level. National Codes should be consistent with European Codes, in particular with regard to the Horizon 2020 EU Framework Programme for Research and Innovation. "It is not a question of replicating what is already in place, but of finding a common denominator", stated Marc Hansen.

In so far as "it is generally agreed that training is the best tool for prevention", the creation of a European network of trainers for the integrity of research could be considered, observed Marc Hansen. In addition, it is necessary to explore ways in order to remove "perverse incentives leading to misconduct", for example by focusing on "quality rather than the quantity of scientific publications and research findings in general".

The European Commissioner for Research, Science and Innovation, Carlos Moedas, highlighted the fact that this is the first time that the EU has discussed the question of integrity of research and that the debate was "fruitful". He referred to "the adverse consequences of integrity violations on health, the environment and the confidence of citizens in science". Hence the importance of granting research peers access to data and findings to confirm the results. Since there are no common EU guidelines in this field, before the end of 2015, the Commission seeks to put forward a "common denominator", as well as training tools. 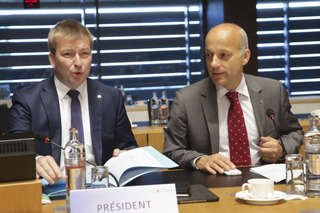 "With equal skills must opportunities be equal too regardless of gender!", declared Marc Hansen, drawing attention to the fact that, in its priorities, the Luxembourg Presidency pays particular attention to increasing the rate of female employment and to a balanced representation of women and men in political and economic decision-making as factors of competitiveness. As the competition for recruiting the best talents is global, he believes that Europe must call on "its pool of well-trained human capital in its entirety".

However, the statistics show that there is "a marked under-representation" of women in top positions and in decision-making roles, in particular in the field of research where "women in positions of responsibility are clearly in the minority", lamented the Secretary of State. According to the figures put forward by Carlos Moedas, 47 % of university graduates are women, but only 33 % of researchers, 20 % of university professors and 10 % of university chancellors are women.

National delegations supported the work of the Presidency which pays particular attention to taking concrete action in promoting gender quality in research and innovation. Gender equality initiatives must therefore seek to make real changes at institutional level and champion open recruitment procedures, based on transparent and non-discriminatory assessment and selection procedures rooted in excellence. "The goal is to make real progress in attaining a better male-female balance, especially in positions of responsibility and management", explained Marc Hansen.

For the Secretary of State, an exchange of good practice and regular monitoring of action taken at national and European level and the objectives set is necessary, as well as assessment of the impact of policies,  alongside the possible integration of the gender issue in policy reforms.

For Carlos Moedas, gender equality in the field of research and innovation is key. "Without equality, European research cannot claim to be a global reference point", he observed. In his opinion, concrete "institutional change" is needed within universities, in respect of which the Commission seeks to address courses of action in its Strategy for equality between women and men, in addition to its new priorities in the field of research and innovation which will be based on three pillars: open science, open innovation and a gateway to the world.