The Ministers and Secretaries of State for European Affairs met in Luxembourg on 23 and 24 July 2015 for an informal meeting chaired by Jean Asselborn, the Minister for Foreign and European Affairs, in the presence of the First Vice-President of the European Commission, Frans Timmermans.

Presentation of the priorities of the Luxembourg Presidency 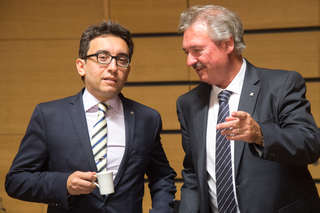 The Ministers and Secretaries of State held an exchange of views about the priorities of the Luxembourg Presidency. For this first working session, the Presidency also invited the Ministers for European Affairs from the candidate countries for accession to the EU (Albania, the Former Yugoslav Republic of Macedonia, Montenegro, Serbia and Turkey).

The delegations lent their strong support to the Presidency's programme, which undertook to do its best to take their comments in consideration.

Jean Asselborn thanked the candidate countries for sharing their expectations and intentions on the subject of the rapprochement with the EU over the coming months. He encouraged them to believe that progress will be made on the path to European integration in the coming months. According to him, the discussion with the candidate countries "helped to obtain a clear view of the challenges facing us, and also of the determination of all parties to make real progress as regards enlargement before the end of the year." The Presidency declared that it was eagerly awaiting the 2015 "enlargement package", which has been reworked by the Commission, and expressed the hope that tangible progress will be seen, in particular once the Council adopts its annual conclusions on enlargement in December 2015.

The second session concerned the Commission's work programme for 2016. The discussion was held within a specific context. In its interinstitutional agreement project as part of its "Better Regulation" Agenda, the Commission had suggested on 19 May 2015 that the three European institutions, namely the Commission, the European Parliament and the Council, strengthen their cooperation in terms of annual and multi-annual programming. But, since negotiations on this agreement will not be finalised before December 2015, an "ad hoc" procedure for the 2016 programming work has become essential. The exchange of views provided the Member States the opportunity assess the implementation of the 2015 programme and, above all, their expectations for the 2016 work programme. 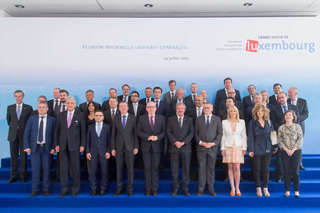 Employment and growth, the Juncker Plan, the strengthening of the Internal Market and migration were the most commonly mentioned points. The Commission was pleased with the feedback from the Council on the debate about annual programming. An outline for 2016 will be formulated in the Commission's letter of intent, which will be communicated on 9 September 2015, following the speech on the State of the Union by the President Jean-Claude Juncker. The Commission's annual work programme for 2016 should be presented on 27 October 2015.

Strengthening of the Economic and Monetary Union

During their working lunch, the Ministers discussed the Five Presidents' Report on the completion of the Economic and Monetary Union (EMU), published on 22 June. The Report lists concrete proposals for strengthening the EMU as of 1 July 2015 and distinguishes between two phases. In the first instance, immediate measures lasting a period of two years will be based on existing tools and on the treaties currently in force. A second phase provides for larger scale measures aimed at perfecting the EMU's architecture.

For Jean Asselborn, the debate's challenge was to "clarify some of the issues and elucidate the different aspects of the roadmap for the EMU's completion".

"The roadmap has reached a crucial stage and there is an objective need to improve the EMU's governance", explained Jean Asselborn in his introduction to the third session. "Along with the structural deficiencies in the EMU's functioning, the Greek crisis again highlighted a real need to strengthen cooperation, although the instruments developed since the start of the economic and financial crisis have enabled the EU to increase its resilience to macroeconomic shocks", he explained.

The Presidency wanted the subject to be debated by the EU Ministers and Secretaries of State for European Affairs because the strengthening of EMU is open to all Member States, and also because a certain number of aspects, such as the Internal Market, continue to be decisive in the EU context. And, although the Ecofin Council will be leading the project, it is important for the Presidency that the General Affairs Council (GAC) and the Employment, Social Policy, Health and Consumer Affairs (EPSCO) Council are part of the discussions.

Ecofin must not have a monopoly on the subject, explained Nicolas Schmit, the Minister for Labour, Employment, Social Economy and Economic Solidarity, who also pointed out that the GAC should be involved in the project's political dimension, while EPSCO should be involved for its social dimension.

The work has already started at the Ecofin Council and at the Eurogroup and they have focused on short-term measures. Medium and long-term prospects will be discussed at an informal meeting in September. Jean Asselborn outlined that, in the short-term, the Council has identified two priorities: firstly, the implementation of decisions already made, such as the transposition of the BRRD Directive and the question of bridge finance for the internal bail-out of the Single Resolution Fund, and, secondly, the identification of a number of short-term actions which may be implemented without amending the treaties, such as safety nets for the Single Resolution Fund, an improvement in the deposit guarantee scheme and a review of the European semester, including European economic governance. 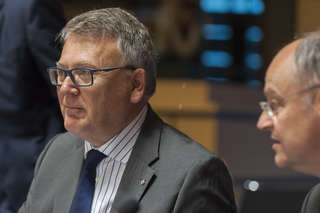 Nicolas Schmit gave a quick account of the EPSCO informal meeting of 16 July 2015. For him, the challenge is to remedy the deficiencies of the EMU which have been highlighted by the crisis. He explained that much has already been done. But, he noted that, if the EMU was created with a view to convergence, divergences between eurozone countries are widening, which constitutes a danger for the Union's cohesion and sustainability. Also, although the Five Presidents' Report uses the Triple A social rating formula, it is mainly because it corresponds to an economic necessity. The paragraph devoted to employment and social policies could have been more ambitious, commented Nicolas Schmit, without losing sight of the fact that these two areas fall within the scope of national competences.

But the strengthening of the EMU and enforcing greater discipline will also have an impact on employment policies, and it is important to balance governance and ensure that its social dimension is better defined, and this should go further than a reform of the labour market, explained Nicolas Schmit. For him, the challenge of the discussions is to find how to introduce the definition of the Union, as presented in the treaties, more explicitly into the management of the EMU and the European semester, namely a Union founded on the principle of a social market economy. Nicolas Schmit also referred to the reserves expressed by some of his peers with regard to the idea of setting up authorities in charge of competitiveness in the eurozone. As President of the EPSCO Council, he intends to pursue discussions on the social dimension of the Report at an informal meeting of the eurozone's Labour and Social Affairs Ministers which will be held in October.

One of the shared observations revealed by the open debate which followed, was that "the euro has not led to the convergence promised." Although convergence has unquestionably been strengthened in the EU following the extensive enlargement of 2004, other divergences have widened in the eurozone. Therefore, the concern to strengthen economic, fiscal and social convergence was a recurring theme during the discussions. The idea of strengthening the budgetary capacity of the eurozone appeared on several occasions as a means of strengthening it, even if it was deemed to be too limited by certain members, who also regretted the abandonment of all ambitions on pooling of debt. "A solidarity mechanism is necessary", they agreed.

Many voices insisted on the need to start by implementing what has already been decided. The debate also concerned the way in which to proceed and the pace to be followed. Many called for a faster pace, while others pointed out that time was needed to discuss matters and reflect on the path to follow.

The current political context was also mentioned on several occasions, as much as to emphasise how right the time was for progress, as to highlight "the problem of reciprocal trust", which has become apparent in the eurozone since the difficult conditions in which an agreement was reached on the subject of Greece on the night of 12 to 13 July.

"Ensuring that the integration of the eurozone does not lead to distortions in the Internal Market" was one of the main concerns expressed during a debate in which representatives from non-eurozone countries pleaded unanimously for greater transparency in discussions.

Another central theme of the discussion was the democratic legitimacy of decisions made in the eurozone. The question of democratic control by European and national parliaments, a decisive point for many delegations, was also referred to on several occasions.

"The debate has been launched", concluded Jean Asselborn.