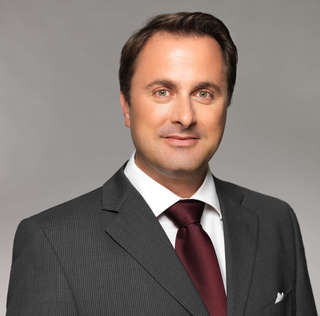 "The spotlight is on us", said the Prime Minister. He believes that the Presidency will be "extremely important", because Europe is facing a crisis "whether we like it or not".

Xavier Bettel touched upon the various crises currently affecting Europe: the issue of refugees, "which requires negotiations with the countries"; Greece, for which we must "continue our efforts to find solutions"; the United Kingdom, which is intending to renegotiate its relationship with the EU; dialogue between Ukraine and Russia, "which must resume once again"; and the phenomenon of terrorism "for which it is imperative that we unite and find common ground so it can be combated".

The Prime Minister also mentioned the "development of the economy" and his willingness to "ensure that the social triple-A rating becomes a reality in certain countries and is retained in others".

For him, it will also be a question of making the Paris Climate Change Conference (COP21) a success.

Xavier Bettel also discussed the "feeling that decisions are made behind closed doors", something he believes is still "deeply ingrained in people's minds", and announced that in order to address this issue, Luxembourg will organise "conferences to discuss specifc topics", particularly the TTIP.

Concerning the mission that Luxembourg has set itself, Xavier Bettel stated that it will involve "gathering together all the information and proposing solutions", as well as "achieving compromises". "Our mission is this : to build bridges between countries", he went on to say, emphasising the fact that it will be necessary for the other parties involved to be "willing to participate in this cause" in order for it to be successful.