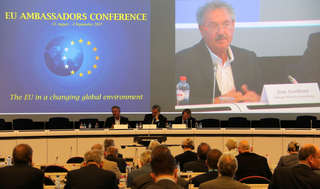 In his speech to the European Union (EU) Ambassadors' Conference held on 3 September 2015 in Brussels, Luxembourg's Minister for Foreign and European Affairs, Jean Asselborn, called for a European Asylum System. Although the current system has a "European focus", "national management risks leading to striking differences between the length of proceedings and the international protection recognition rate", he explained, condemning the recognition rates which "differ wildly between EU Member States".

In his capacity as Minister of Immigration and Asylum, Jean Asselborn invited the Member States to "reconsider the logic of the system" at the extraordinary Justice and Home Affairs (JHA) Council on 14 September 2015, convened at the end of August by the Luxembourg Presidency of the Council of the European Union following a rise in the level of migratory pressure and new immigration disasters this summer.

The EU needs a specialised European jurisdiction to hear cases on international protection, applying common rules concerning the length of proceedings and granting approvals, considered Jean Asselborn. In an interview with German newspaper Süddeutsche Zeitung published the same day, the Minister stated that this task should be entrusted to the European Asylum Support Office (EASO).

Solidarity between Member States will be "the main topic" addressed at the extraordinary JHA Council, he stated. He highlighted the fact that the world is facing an "unprecedented migration crisis" and that the number of migrants and asylum seekers in Europe has reached "record levels". "It is a very serious situation and is a European problem" he said, adding that "a common EU response is needed more than ever before".

The Minister has also put forward the idea of establishing a European System of Border Guards and stressed the need to increase the budget for the EU's policy on migration.

Jean Asselborn believes it is necessary to improve reception facilities in all EU countries, who reach their limit to the extent that, 'sometimes, adequate standards cannot be guaranteed.

Improve the effectiveness of the European return and readmission policy

Jean Asselborn questioned the effectiveness of the European return and readmission policy which he believes needs to be "improved" referring to the execution rate of return orders of 39 % for 2014. An effective return policy is essential for the "hotspot approach: reception and first reception facilities in countries of transit and in front line Member States such as Italy and Greece. He called on Member States to comply with international obligations and to protect those that need protection and to return those that fall outside the scope of the Geneva Convention.

Jean Asselborn also stressed the importance of a common European list of safe third countries so as to accelerate asylum decision-making. The European Commission will put forward a proposal for such a list in mid-September. Referring to Western Balkan countries from which a large number of persons have seeked asylum in the EU since the beginning of the year, the Minister considered that "any potential candidate country for EU accession must be considered to be a safe third country".

He stated that the EU's enlargement policy"must take account of current migratory pressures and their management". Measures such as the creation and operation of an effective asylum system, strengthening the capacity of additional reception facilities and improved management of their borders will be among the issues to be discussed with Western Balkan countries during ahigh-level conference in Budapest scheduled in October 2015. 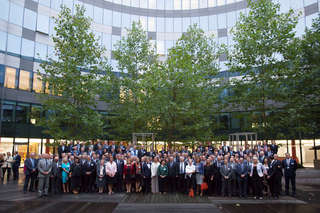 The issue of migration will be on the agenda for several JHA Council meetings, in addition to the extraordinary JHA Council of 14 September 2015, announced the Minister. The October JHA Council will focus on the future of the European return and readmission policy and there will be a discussion on the new Visa code and tourist visas, as well as the link between migration and development. The December JHA Council will address the future of European border management. The adoption of the Directive on researchers and students and amendment to the Dublin Regulation with regard to minors is also planned.

Context: The annual EU Ambassadors Conference brings together the Heads of EU Delegations, special representatives and civil and military leaders. The speech was given following an invitation from Federica Mogherini, the High Representative of the European Union for Foreign Affairs and Security Policy.