This context of 'A Union for citizens' also encompasses the plan to organise for the first time in Luxembourg, in close partnership with the City of Luxembourg, European capital, an event for the general public to celebrate the launch of the Presidency together with citizens.

European picnic (from 4 p.m. to midnight)

To mark the official launch, the Luxembourg Presidency of the Council of the European Union and the City of Luxembourg invite the public to the "European picnic" to be held on Friday 3 July 2015 from 4 p.m. to midnight on the Place d'Armes and in front of the Maison de l'Europe, in the rue du Curé, in the rue des Capucins and on the Place du Théâtre. 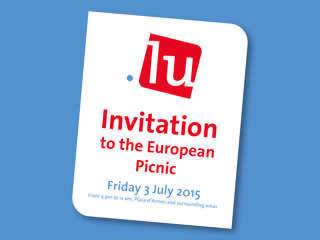 Visitors will be able to discover and taste the culinary specialities of the 28 Member States of the European Union.  A happy hour will also be organised at the official launch.

For this big event, the Luxembourg City Tourist Office has developed a musical programme to provide the atmosphere during the evening launch of the Luxembourg Presidency. 'Big Band Spectrum' will give a concert at 7.30p.m. on the Place d'Armes and SOS Fanfare - Jazz, the Percussion Ensemble of the Conservatoire of the City of Luxembourg and the Nobbie Dixie Band will perform along the culinary itinerary.

The Presidency will be officially launched on Friday 3 July at 6.30 p.m.