On 21 December 2015, Félix Braz, the Luxembourg Minister of Justice, travelled to Brussels for the purpose of reporting on the achievements of the Luxembourg Presidency of the Council of the EU before the Committee on Civil Liberties, Justice and Home Affairs (LIBE) of the European Parliament, alongside Etienne Schneider, Deputy Prime Minister and Minister of Internal Security, and Jean Asselborn, Minister of Foreign and European Affairs and Minister of Immigration and Asylum.

He presented the achievements of the Presidency in the field of Justice and Protection of Personal Data, specifically regarding the agreement reached on the regulation and the directive relating to the protection of personal data and regarding the agreements reached on procedural guarantees in criminal law matters. The Minister likewise pointed to the creation of a European Public Prosecutor's Office, the contribution of Justice in combatting terrorism and radicalisation, as well as judicial cooperation in the context of the migration crisis.

The reform package on 'Protection of personal data' 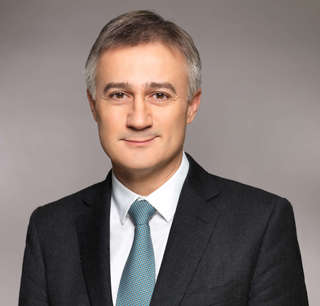 During his presentation, Félix Braz welcomed the agreement on the reform package for 'protection of personal data', which will define the new European rules that apply to personal privacy in the digital era.

This package, under negotiation since the European Commission put forward the proposal in January 2012, includes both  a Regulation establishing the general framework for the protection of personal data as well as a Directive on the protection of personal data processed for the purpose of law enforcement. On 15 December 2015, the Luxembourg Presidency was able to reach a trilateral agreement on this reform package with the European Parliament. This agreement was approved on 17 December by a vote of the LIBE Committee of the Parliament, as well as at the level of the Council of the EU during a Coreper meeting on 18 December.

With respect to the regulation establishing the general regulatory framework in the field of protection of personal data, Félix Braz stated that the need for finding 'the proper balance' had been central to the negotiations. 'We have succeeded in reaching a viable regulatory framework which is 'future proof’, which reinforces the rights of citizens in our digital society dominated by the flow of data and which decreases the risks to personal privacy', he stated, underlining that this framework would support Europe's economic interests and would contribute to strengthening European competitiveness at the global level.

As regards the Directive, Félix Braz stated that its adoption will result in improved cooperation between law enforcement authorities and will constitute an initial framework of rules on the protection of personal data which would apply both at the national as well as the transnational level.

'Major efforts were made by all of the institutions in connection with this reform', he added and then emphasised that the results 'meet the expectations of citizens and businesses operating in the digital sphere'.

The accomplishments of the Presidency in criminal law matters

Félix Braz then evoked the accomplishments of the Presidency in criminal law matters He welcomed the fact that agreement between co-legislators was reached during the Luxembourg Presidency regarding the directive on the presumption of innocence, as well as the directive relating to procedural safeguards for minors under suspicion or charged within the scope of the criminal law. 'This means very significant progress for the European judicial area. The approximation of the procedural rights of the Member States reinforces the fairness of criminal trials and improves mutual trust', he said.

As regards the Directive on Legal Aid, Félix Braz stated that the negotiations are still ongoing and are progressing 'very slowly', because the respective positions of the Council and of the Parliament 'remain far apart'. 'I hope that the negotiations on this fundamental instrument will be concluded next year', he said.

As regards the Directive on new psychoactive substances, the Minister reckons that the negotiations have made good progress but that work remains to be done on the part of the Council.

As regards the regulation establishing a European Public Prosecutor's Office, Félix Braz stated that the Luxembourg Presidency had succeeded in making 'significant progress' and obtained 'the strong support ' of the Council on articles that are 'crucial' to the operation of this future body, such as scope of its competence, the exercise of that competence, the investigative measures and cross-border investigations.

'With the finalisation of negotiations in the Council on these crucial articles, we are confident that a strong, effective and independent European Public Prosecutor's Office will see the light of day in the near future', he predicted.

As regards the Directive on combating fraud affecting the Community's financial interests, which among other things, defines the substantive scope of competence of the European Public Prosecutor's Office, Félix Braz stated that following the Taricco decision, rendered on 8 September 2015 which links serious fraud and VAT evasion with affecting the financial interests of the EU, 'lengthy and difficult' discussions were initiated within the Council on the possible inclusion of VAT in the PIF Directive.

With respect to the reform of Eurojust, Félix Braz stated that 'we were unable to move forward with the draft regulation due to the lack of a position expressed by the European Parliament'.

The fight against terrorism

In order the reinforce the fight against terrorism, during the Luxembourg Presidency the Council adopted conclusions to provide a criminal law response to radicalisation and violent extremism. 'In this context, we sought in particular to focus our work on prevention', explained Félix Braz.

Félix Braz stated that, in order to address the migration crisis from the legal standpoint, the Council also undertook significant work on the aspects of judicial cooperation and combatting xenophobia. 'In these fields, the importance of training of legal professionals cannot be overstated', stressed the Minister.

In the same vein, the Council asked the Commission to work with the Internet industry to stem the flow of hate speech online.

'Given that nowadays criminal conduct increasingly takes place in the virtual world, we need to endow the criminal law with the necessary measures to adapt to the new digital era', underlined Félix Braz. He went on to state that discussions have been initiated within the Council in order to identify the priority paths in this field.

Lastly, Félix Braz stated that the debate held on 3 December in the Council relating to the future stages of the retention of telecommunications data had been 'very interesting and constructive', specifically because the Member States consider that the ruling of the CJEU of April 2014 which invalidates the 2006 Directive on the preservation of data, does not in itself prohibit the collection and retention of data. He further emphasised that the national delegations have articulated 'clear and precise requirements which any new legislative initiative shall have to comply with'

In response to a question posed by an MEP concerning therecruitment of terrorists, Félix Braz underlined the importance of 'applying the law that we have' to address the phenomenon. He called for the Additional Protocol to the Council of Europe Convention on the Prevention of Terrorism signed by the EU on 22 October 2015 to be transposed into EU law as quickly as possible.

As regards prevention, the Minister stated that the preventive aspect is at 'just as important' as the punitive aspect. He reiterated that the results of the High-level Conference on 'the criminal justice response to radicalisation'  of 19 October 2015 co-sponsored by the Luxembourg Presidency, were taken up in the conclusions of the JHA Council.

As regards hate speech, Felix Braz stated that Member States already have legislation at their disposal to combat this phenomenon.

As regards the fight against organised crime, the Minister stated that the agreement regarding the protection of personal data constitutes 'a basic element' for enhancing the quality of information exchanged between the law enforcement and judicial authorities of the various Member States.

With respect to legal aid, Félix Braz stated that the latter constitutes 'a vital procedural safeguard', allowing all citizens to have access to justice.

As regards the European Public Prosecutor's Office, the Minister stated that the Presidency will be publishing a document within the next few days which restates the articles (1 to 35) which were already concluded during the last Trio Presidency.