On 15 and 16 October 2015, an international conference on women's participation in economic and political decision-making was held in Mondorf-les-Bains. Organised by the Minster for Equal Opportunities in cooperation with the National Council of Women of Luxembourg (CNFL), this conference brought together experts, researchers and political representatives. 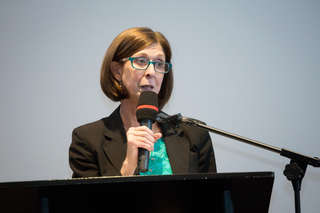 During her opening speech, Lydia Mutsch, the Minister for Equal Opportunities, insisted on the fact that "in the places where decisions are taken, women are in the minority", despite the fact that they are well-educated. She highlighted the importance of "collective awareness that something should change", adding that the subject of equality in decision-making is a priority for the Luxembourg Presidency.

The Minister then presented the measures adopted by the Luxembourg government in order to achieve gender parity in politics, in particular the introduction of a quota of 40 % (for each gender) on the lists to be presented by political parties for national legislative elections and European elections, provided for in a draft law.

Lydia Mutsch recalled that the gender equality index in the field of power in the EU, calculated by the European Institute for Gender Equality (EIGE), stands at 39.7 (out of 100). Citing an EIGE report, she stressed that the quotas are neither "a universal remedy" nor a "guarantee that more women will be elected", but that they often have this effect. For Lydia Mutsch, the introduction of quotas is part of an "overall approach" to improve the distribution of political responsibility between men and women. 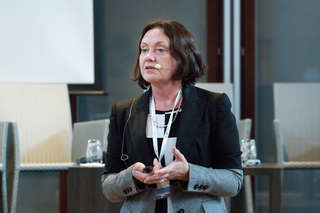 Virginija Langbakk, the Director of the EIGE, underlined the fact that, for her, decision-making is "gendered", as is the perception of "leadership".

She then presented her report examining the implementation in EU Member States of the Beijing Platform for Action, adopted in 1995, which aims to strengthen women's power of action. The report will be published in November on the EIGE website.

Although the data presented by Virginija Langbakk confirms an increase in women's representation in legislative and executive political institutions, as well as in public authorities, the Director of the EIGE pointed the finger at the persistence of "gendered" stereotypes which hinder progress towards equal representation. In particular, she criticised the fact that women are more present in ministries in the socio-cultural field (health, education, culture), than in ministries with fundamental functions (defence, finance, foreign policy).

Virginija Langbakk then presented statistics on the proportion of women in political institutions. At the European Parliament, there were 37 % in 2015 compared to 31 % in 2003, whereas there are 9 women among the 28 Commissioners at the European Commission (32 % compared to 25% in 2003).

As to the presence of women on the boards of directors of 619 companies, the rate is 21 % for members (compared to 9 % in 2003) and 7 % for CEOs. For Virginija Langbakk, the resistance to appointing women to these positions is rooted in "gender-based" recruitment and promotion procedures which lack transparency.

It should be remembered that, in 2012, the Commission proposed a draft directive designed to bring to 40 % the presence of women on the boards of directors listed on the stock exchange. But the dossier did not make it through the Council, explained Nicolas Schmit, Labour, Employment and the Social and Solidarity Economy, at the last ESPCO Council.

The importance of the debate on quotas 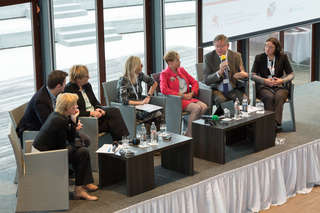 Virginija Langbakk highlighted the fact that progress had been made with boards of directors, and that this was due to major debates on the introduction of quotas. In her view, this debate is necessary in order to raise awareness about the problem, in particular among the elite, even if, for her, quotas are only a "temporary measure" on the road to greater equity. She stressed the great progress made in women's representation in politics, in particular in about ten countries which have introduced legislative quotas as well as voluntary quotas among political parties (including Belgium, France and Spain), whereas the majority of countries only introduced voluntary quotas. Nevertheless, only three countries have entered the gender balance zone, between 40 and 60 % (namely Spain, Finland and Sweden).

However, men dominate the central banks sector: only 14 % of governors or deputy governors are women compared to 4 % in 2003. Women represent 18 % of the members of decision-making bodies of central banks, 1 % more than in 2003.

During a debate closing the first day of the conference, in which the representatives of Luxembourg parties, and Petra Meier, a Professor at the University of Antwerp participated, the speakers insisted on the need to encourage women who are often "intimidated" by a political world dominated by men. For Petra Meier, the question is not about whether women are competent, but about getting women to understand that they "are not there only to fill up the lists". In her view, women are organised in "separate networks" and are often not involved in discussions or in decision-making.