Chaired by the Luxembourg Minister for Agriculture, Viticulture and Consumer Protection, Fernand Etgen, the meeting of the Agriculture Council of 13 July 2015 in Brussels focused on the Commission's proposal on GMOs, presenting the priorities and the work programme of the Luxembourg Presidency of the Council for the next six months, the state of play of the evaluation of the school fruit, vegetables and milk schemes, and the impact of the import ban on EU agricultural products imposed by Russia. 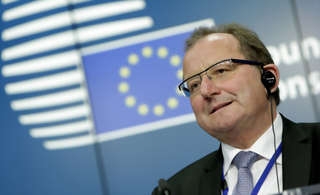 When he presented his work programme in the agriculture and fisheries sectors, Fernand Etgen stressed the need to make sustainability the fundamental principle of the future development of European agriculture, to take account of the economic and social dimension, as well as of related health and environmental factors.

He outlined the following priorities:

The global challenge of climate changeis also a priority and horizontal concern of the Luxembourg Presidency, and will be discussed at the informal meeting in September 2015..

With regard to the fisheries sector, the Presidency intends to bolster the new approach, focused on sustainability, by ensuring that the principle of maximum sustainable yield lies at the heart of any decisions relating to fishing opportunities (TACs and quotas) for 2016. It also intends to take forward the negotiations with the European Parliament on the multiannual management plan for the Baltic Sea, and seek to reach an agreement on the issue of deep-sea fishing, to ensure the sustainable management of fisheries.

Restriction of use of genetically modified food and feed 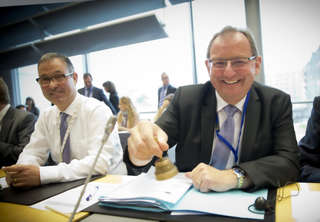 The Commission presented to the Ministers a communication entitled "Review of the decision-making process on genetically modified organisms (GMOs)", and a proposal for a regulation as regards the possibility for the Member States to restrict or prohibit the use of genetically modified food and feed on their territory.

For the record, in the context of the political guidelines put forward before its appointment in 2014, the Commission undertook to review the existing legislation on the authorisation procedure for GMOs. Following that review, she decided to submit to the European Parliament and the Council the proposal to introduce an opt-out option to allow Member States to prohibit or restrict the use of genetically modified food or feed authorised by the EU. Opt-out measures should be based on legitimate reasons other than those assessed at EU level (i.e. risk to human or animal health or the environment) and should comply with EU law, which includes the principles of the internal market and the EU's international obligations.

During the exchange of views among ministers, a large majority of delegations expressed reservations about the Commission's proposal. They regretted that no impact assessment has been prepared and expressed their concerns with regard to the legal certainty of the proposal and its compatibility with the principles of the internal market of the EU and those of the WTO.

At the press conference that followed the Council, Fernand Etgen stated that the Council mandated the Council preparatory bodies to examine the technical aspects of the proposal on the basis of further analysis by the Commission, "in particular on the impact of the proposal and its compatibility with the principles of the internal market and with those of the WTO". Moreover, and "as requested by several delegations, the legal service has been asked to submit a written notice about it", Fernand Etgen furthermore announced.

The European Commissioner for Health and Food Safety, Vytenis Andriukaitis, stressed that in the EU, "5 out of 28 Member States are largely dependent on soybean imports to feed their livestock", whereas "the worldwide availability of non-GM soybeans is very limited". After the Council meeting, the Commissioner defended the Commission's proposal, which, in his view, is "balanced" and would ensure "increased subsidiarity in the system". This would give Member States a legal basis for an opt-out option, provided that it were "proportional" and "non-discriminatory".

The Ministers were briefed by the Commission on the state of play of the evaluation of the school fruit, vegetables and milk schemes.

These programs represent "a tangible example of what the Union can do to promote healthy eating habits among young people whilst supporting certain agricultural markets", said Fernand Etgen during discussions in public session. "We want to make them more efficient by creating a common legal framework", he added, before congratulating the Ministers for having largely supported a resumption of work on this issue.

"Many delegations referred to the differing views of the Council and the Commission on the legal basis", stated Fernand Etgen after the Council. "We are, however, convinced that it is possible to find a solution, both on the legal basis and with regard to the other outstanding issues", he said.

The Commission briefed ministers on market developments and, in particular, the impact on the EU market of the import ban on EU agricultural products imposed by Russia in August 2014 and recently extended.

"Monitoring agricultural markets in difficulty is one of the priorities of our Presidency", stated Fernand Etgen after the Council. "We want to be regularly informed on any developments with regard to sectors in difficulty in order to react if necessary", he added.

The Council also heard and discussed concerns raised by national delegations. "A number of countries presented information on specific sectors: Višegrad's group, Bulgaria, Romania, Slovenia for milk; Italy for the sugar sector and Austria for pork", said Fernand Etgen, noting that several delegations supported these demands. "The Presidency will continue to monitor closely market developments and will not hesitate to bring the subject back to the attention of Ministers if necessary", he concluded.