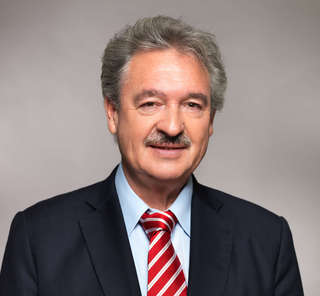 Asked about a possible British exit from the EU ('Brexit'), the Minister stated that the EU's fundamental principles, such as freedom of movement, should not be called into question.

So far as concerns a possible Greek exit from the eurozone ('Grexit'), Jean Asselborn expressed the opinion that "we have reached a decisive moment" and that "the decision is now in the hands of the Greek people".

The Minister also noted that "the success of the EU should not be challenged", despite a "tendency to blame the EU for many of the problems faced by the Member States".

With regard to the issue of migration, Jean Asselborn took the view that "the situation is very critical" and added that it is a "pan-European problem" which requires a "European response", and is "not just a problem of Mediterranean countries". He highlighted the importance of finding a "solution based on European solidarity" and strengthening border protection, returning irregular migrants, legal migration and the fight against traffickers.

In another interview with German radio station Bayern 2, Jean Asselborn criticised the decision of Heads of State and Government at the European Council of 25 June 2015 to reject the mandatory nature of the Commission's proposal on the relocation of 40,000 Syrian and Eritrean refugees, and to opt for a voluntary approach. Without the European Council, EU Home Affairs Ministers would have already made significant progress in the scope of their cooperation with the European Commission, he stated.

Asked by the Trierische Volksfreund about the Transatlantic Trade and Investment Partnership (TTIP) with the United States, the Minister stated that "the progress made to date is far from adequate to anticipate that an agreement can be reached by the end of the year". However, he added that key issues will be addressed during the Luxembourg Presidency, such as the opening of the United States' public markets. In that regard, he pointed out that "we expect our American partners to make significant concessions".

During the interview, Jean Asselborn further explained how the 2015 Luxembourg Presidency will be different to the 2005 Luxembourg Presidency. By virtue of the entry into force of the Lisbon Treaty, many foreign policy tasks have been transferred to the High Representative of the Union for Foreign Affairs and Security Policy, Federica Mogherini, and that a new post of President of the European Council, currently held by Donald Tusk, has been created.

Nevertheless the Minister said he was "optimistic", drawing attention to the experience he gained in 2005 and to the contacts that he has made during his ten years in office. He stated that he was in "close consultation" with Federica Mogherini and stressed the importance of the negotiating skills of Foreign and European Affairs Ministers who prepare the meetings of Heads of State and Government, that is to say the European Council.