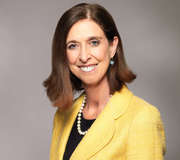 The Minister of Health, Lydia Mutsch, provided a positive general assessment of the Luxembourg Presidency of the Council of the EU and of the work carried out over the past six months in the area of public health. Real progress was made on several major issues relating to the health of our citizens, such as in areas of the reduction of alcohol-related harm due to excessive consumption of alcohol; access to personalised medical care; dementia; the fight against drugs; quality of medical devices; protection against ionising radiation; as well as food safety. In all these areas, the Presidency continuously sought to tackle these problems in line with its motto, meaning placing the full focus of the measures on the patient and on innovation. The majority of the efforts were endorsed by the Council and the Ministers for Health of the Member States on 7 December 2015.

Luxembourg's Minister for Foreign and European Affairs and Minister for Immigration and Asylum, Jean Asselborn, representing the Luxembourg Presidency of the Council of the European Union (EU) attended the informal meeting, together with the President of the European Commission, Jean-Claude Juncker, and the President of the Swiss Confederation, Simonetta Sommaruga, in Brussels on 21 December 2015. The meeting was held in the context of consultations undertaken by President Jean-Claude Juncker and President Simonetta Sommaruga following a popular vote on 9 February 2014. During the press conference which followed the meeting, the two parties stated that they had failed to reach an agreement on amendments to be made to the rules on the free movement of persons as desired by Bern, although 'some progress' had been made. A new EU-Switzerland meeting has been scheduled for the end of February. 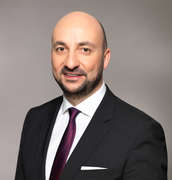 The Deputy Prime Minister and Minister for Internal Security, Etienne Schneider, presented the achievements of the Luxembourg Presidency of the Council of the European Union in the field of internal security to the LIBE Committee of the European Parliament on 21 December 2015. Counter-terrorism has dominated these achievements. According to him, "substantial progress" was made on the following issues: implementing the renewed internal security strategy for the period 2015-2020, the new Europol regulations and the PNR Directive, the fight against foreign terrorist fighters and combating illicit trafficking of firearms.

Luxembourg's Minister for Foreign and European Affairs, Jean Asselborn, and the Minister for Development Cooperation and Humanitarian Affairs, Romain Schneider, were in Nairobi, Kenya, from 16 to 19 December to chair the European Union's Foreign Affairs (Trade) Council and to attend the 10th Ministerial Conference of the World Trade Organization (WTO). 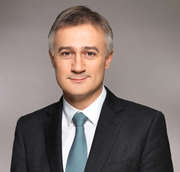 On 21 December 2015, Félix Braz, the Luxembourg Minister of Justice, travelled to Brussels for the purpose of reporting on the achievements of the Luxembourg Presidency of the Council of the EU before the Committee on Civil Liberties, Justice and Home Affairs (LIBE) of the European Parliament, alongside Etienne Schneider, Deputy Prime Minister and Minister of Internal Security, and Jean Asselborn, Minister of Foreign and European Affairs and Minister of Immigration and Asylum. He presented the achievements of the Presidency in the field of Justice and Protection of Personal Data, specifically regarding the agreement reached on the regulation and the directive relating to the protection of personal data and regarding the agreements reached on procedural guarantees in criminal law matters. The Minister likewise pointed to the creation of a European Public Prosecutor's Office, the contribution of Justice in combatting terrorism and radicalisation, as well as judicial cooperation in the context of the migration crisis.