The Deputy Prime Minister and Minister for Internal Security, Etienne Schneider, presented the achievements of the Luxembourg Presidency of the Council of the European Union in the field of internal security to the LIBE Committee of the European Parliament on 21 December 2015. Counter-terrorism has dominated these achievements. 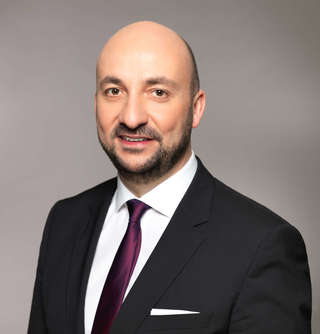 Referring to the Paris attacks on 13 November, Etienne Schneider said the EU was expected to provide "a common response, (...) respecting individual freedoms and the principle of proportionality". He felt that this goal has been reached, "largely thanks to the support of the European Parliament as co-legislator, and the Commission through its power of initiative".

According to him, "substantial progress" was made on the following issues: implementing the renewed internal security strategy for the period 2015-2020, the new Europol regulations and the PNR Directive, the fight against foreign terrorist fighters and combating illicit trafficking of firearms.

Nevertheless, the Minister admitted that in its,  fight against foreign terrorist fighters, "the Union has not been able to curb the overall flow of foreign terrorist fighters to conflict areas", and should therefore step up its efforts.  According to him the EU's actions should focus on three areas:“1) ensure that people do not enter conflict areas through preventive measures such as combating radicalisation (in prisons, on Internet) or counter-narrative and dialogue with third countries; 2) work with people returning from conflict zones through accompanying measures, surveys and measures tracking the movements of these people; 3) target the means of these groupsin fighting against trafficking of firearms, preventing financing of these activities and thwarting the recruitment of potential terrorists."

Etienne Schneider stressed that the Luxembourg Presidency had organised an extraordinary JHA Council on 20 November 2015 on the fight against terrorism, during which the Ministers agreed on urgent and operational measures to be implemented with great determination; these measures "have already borne fruit".

He highlighted the political agreement of 4 December on the PNR within the Council and the positive vote of the LIBE Committee on 10 December. He then emphasised that Ministers "have also committed themselves, through a joint declaration, to exploiting the option available to them to collect data on intra-Community flights and as was requested by Parliament, to also consider data from other economic operators".

Etienne Schneider then took stock of progress in the fight against trafficking of firearms: the "very ambitious" Council conclusions in October 2015, the Commission's subsequent adoption on 18 November of an implementing regulation on minimum standards for the deactivation of firearms, the Commission's presentation as a proposal for the review of the Directive to be adopted under the Dutch Presidency, without forgetting the Commission's presentation of its action plan against trafficking of firearms and explosives which reiterates part of that action to be coordinated together with the work in the Council.

The Commission should also propose solutions by March 2016 to modernise external border controls by further exploiting new technologies more fully. "The Council also called on the Commission, as part of its proposals on smart borders, to propose a targeted review of the Schengen Borders Code proposal, in section 7.2. "This proposal has just been presented and would imply systematic controls on the identity of people, their travel documents as well as controls on the threat these people could represent on internal security when crossing the external borders", said the Minister.

"In terms of exchange of information, emphasis should be placed on a systematic and enhanced use of existing instruments", stressed the Minister. This is meant "to enter information about foreign terrorists fighters in the Schengen Information System (SIS II), to ensure interoperability of the various databases, and support the work of Europol, and in particular feeding the relevant agency databases." According to Etienne Schneider, "significant progress has been made over recent months, particularly as regards the systematic use of the SIS".

Although cooperation of intelligence services does not fall within the competence of the Union, "solid bilateral and multilateral cooperation mechanisms have been established at the request of the Council", already since 11 September 2001. Under the Luxembourg Presidency, the Counter Terrorist Group (CTG), which groups EU intelligence services, Norway and Switzerland, has committed to developing a platform of intelligence sharing before July 2016, which should lead to "comprehensive and rapid multilateral sharing."

Etienne Schneider believes that the agreement reached with the European Parliament on the new regulation of the Europol agency is "another major success" of the Luxembourg Presidency, as well as the implementation of the renewed internal security strategy of the Union 2015-2020 by the Presidency.

As regards intelligence sharing, the Presidency had taken the initiative of inviting five European intelligence services (from France, Germany, the United Kingdom, Spain and the Netherlands) to the informal JHA Council on 9 July 2015. Collaboration within the CTG was outlined to Ministers at the Council. This work was the first of its kind since 2001.

Etienne Schneider deplored the fact that five Member States and one associated country only are responsible for 50% of the information sent to Europol's contact point, Focal Point Travellers, and that only 2,081 foreign fighters are recorded. "Yet, this point of contact is an important instrument to trace movements of foreign terrorist fighters", he said. Another concern is that "half of the Member States do not mobilise the EIS (Europol Information System) to fight terrorism. Only 1,595 foreign terrorist fighters are recorded in this system.  In addition, "half of EU Member States have not yet established a connection between the units responsible for fighting terrorism and SIENA, the secure channel of communication provided by Europol”.

A review of the instruments used was drawn up under the Luxembourg Presidency. It is expected to provide a precise idea on the input and consultation of different existing instruments within Europol, Interpol and Eurojust. The review will be analysed by the Commission to  identify both technical and legal barriers hindering a more intensive exchange at European level. The Commission is also expected to provide financial and technical support to Member States to fill the gaps already identified, for example the connection of all borders to the relevant EU databases.

According to Etienne Schneider, work should be done on the interoperability of various instruments in order to overcome technical obstacles related to interconnection. This is especially important when it comes to the Europol and Interpol systems.

Europol will launch the ECTC (European Counter-Terrorism Center) on 1st January 2016 as a platform by which Member States can improve information sharing and operational coordination.

Regarding the prevention of radicalisation,  the Minister is convinced that "counter-terrorism cannot be based solely on punitive measures, and that particular attention must be paid to prevention". He wants to build on "close cooperation between the authorities and religious and social leaders" and wants to see such initiatives further supported by the current EU instruments.

He then referred to a meeting platform initiated by the Commission which brings together the EU institutions and Member States with Internet companies (Facebook, Twitter, Microsoft), whose goal is to find common solutions to tackle the phenomenon of online radicalisation. "After discussions at ministerial level at theJHA Council meeting of 3 December, one such company has already made an amendment to its conditions of use in order to facilitate the withdrawal of extremist content on its platforms and thus reduce the impact of propaganda, noted Etienne Schneider, while adding: "The forum is on line with the work of the IRU (Internet Referral Unit), which combats extremist Internet material, and has been recently incorporated within Europol".