Ministers for Justice and Home Affairs met in Brussels on 20 November 2015 for an extraordinary meeting of the Justice and Home Affairs (JHA) Council convened by the Luxembourg Presidency as an emergency response to the tragic events in Paris on 13 November. Etienne Schneider, Luxembourg's Deputy Prime Minister and Minister of Internal Security, and Félix Braz, Minister of Justice, chaired the meeting convened at the request of France. Alongside their French counterparts, Bernard Cazeneuve, Minister of Home Affairs, and Christiane Taubira, Minister of Justice, they presented the conclusions drawn from the meeting to the press.

"Our ambition is to achieve a constant level of simple, effective and truly operational cooperation"

"Following the terrorist attacks in Paris last week, the European Union must offer a robust common response addressing essential priorities to counter the threat of terrorism taking root within the EU", declared Etienne Schneider by way of an introduction to the press conference. Moreover, he announced with "satisfaction" the adoption of conclusions to "strengthen the EU's response to the terrorist threat". "Our ambition is to achieve a constant level of simple, effective and truly operational cooperation", he explained. 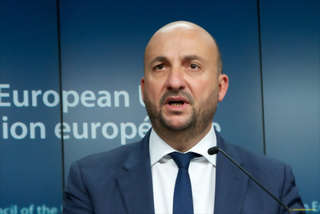 Etienne Schneider stressed that the Council's conclusions reiterate the level of urgency and priority it attaches to the European Passenger Name Record Directive. "The Luxembourg Presidency still aims to finalise this dossier before the end of this year", he confirmed. The aim is for implementation to follow as soon as a formal agreement is reached, which Etienne Schneider hopes will be during the next JHA Council of 3 December.

His aim is to "negotiate an effective and operational directive which should include internal flights and a reasonable data retention period, data that should not be limited to crimes of a transnational nature".

That is the negotiating mandate with which he intends to further negotiations with the European Parliament. He also invited the Chair of the LIBE Committee, Claude Moraes, to a working lunch held after the meeting to continue discussions.

For Bernard Cazeneuve, the PNR directive is "an indispensable tool" for monitoring foreign fighters when they return to the EU. He believes that the retention period for personally identifiable data should be one year. The conclusions call for "a sufficiently long period". The European Parliament advocates for anonymity after a period of 30 days.

"We commit to immediately starting work within the Council on the proposal to amend the Firearms Directive to be tabled by the Commission", stated Etienne Schneider with regard to the trafficking of illegal firearms.

On 18 November 2015, the Commission presented a draft proposal to amend the EU Firearms Directive, with the purpose of tightening controls on the acquisition and possession of firearms. That same day, a Regulation on common minimum standards for deactivation of firearms was adopted by Member States which, according to the French Minister, will help combat the circulation of deactivated firearms. In addition, an action plan against the illegal trafficking of weapons and explosives is soon to be presented by the Commission.

Etienne Schneider called for stronger external border controls. "The current legislative framework allows for systematic and coordinated checks at external borders, including on individuals exercising their right to free movement", stated the Minister of Internal Security. "We need to act now and apply controls on the ground - this is not a matter of choice, but a matter of duty!', he insisted.

The conclusions invite the Commission to present a proposal for a targeted revision of the Schengen Borders Code and to draw on technological developments in order to avoid obstruction, he explained, a request already made by Ministers at the JHA Council of 9 November. 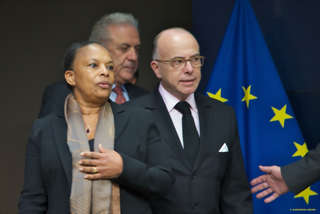 One of the ways of strengthening external border controls is to make checks in the SIS II and Interpol databases compulsory at border crossing points, stated Bernard Cazeneuve. To that end, better information sharing and real-time updates to the databases will be needed. Bernard Cazeneuve also added that, in the context of the current migration crisis, all migrants should be subject to systematic security checks carried out with the support of Frontex, which should be strengthened.

As regards internal border controls, Bernard Cazeneuve announced that France will maintain border controls "as long as is necessary in the light of the terrorist threat".

With regard to the exchange of information on suspected terrorists, "there are glaring gaps", lamented Etienne Schneider for whom the situation is intolerable. "The EU has effective tools for sharing information held on such individuals, for example via the SIS II database", he explained. He believes that full use should be made of the tools available and "that's the commitment we have made today", he declared.

"If it doesn't work, it will be because we still haven't solved the problem of exchanging information between intelligence and law enforcement agencies", he observed, stressing that "the attacks in Paris remind us that we must overcome this obstacle". Moreover, he announced that this subject will be on the agenda for the JHA Council in December.

Félix Braz believes that a common European solution is the answer

"Although it was France that was attacked, Europe has been affected in terms of our way of life and our freedoms", declared Luxembourg's Minister of Justice, Félix Braz. All the delegations declared that "Europe stands with France" which "can be assured of the full and complete solidarity of its European partners", he reported.

He believes that, in view of the threat of terrorism, all our resources must be deployed: "Ministers of Home Affairs and Ministers of Justice, police and judicial authorities and intelligence agencies all need to act together in a concerted and coordinated way.A common European solution is the answer. National measures alone are not sufficient."He called for "more Europe, more working together", observing that "there are many instruments available to us" and that "they must be implemented". 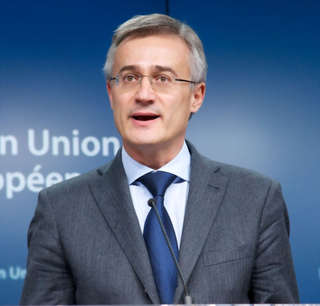 Félix Braz then set out a list of decisions taken by Ministers of Justice.

The legal basis for the fight against the financing of terrorism is the Fourth Directive on money laundering and terrorist financing. Nevertheless, the Council takes the view that "the section on Financial Intelligence Units must be strengthened" and called for the Commission to introduce proposals in that regard at the earliest opportunity. Félix Braz also called for the effective freezing of assets, as stated in the conclusions, whether through autonomous EU decisions or in accordance with UN Security Council Resolutions.

He also called for the Additional Protocol to the Council of Europe Convention on the Prevention of Terrorism signed by the EU on 22 October 2015 to be transposed into EU law as quickly as possible. The Commission intends to present a proposal before the end of the year with regard to the additional Protocol which seeks to use criminal law to tackle the problem of foreign terrorist fighters.

He also mentioned the exchange of criminal records, "a key element of judicial cooperation", and the European Criminal Records Information System (ECRIS) which "has proved successful" and which he believes should be "extended to third country nationals as a matter of urgency".

Conclusions on the criminal justice response to radicalisation were also adopted. The Commission is requested to allocate as a matter of urgency the necessary financial resources to implement the decisions taken by the Council with regard to rehabilitation and reintegration programmes, "a lengthy process which starts today". The conclusions also stress the importance of preventive measures. French Minister of Justice, Christiane Taubira, highlighted the fact that the conclusions refer to the results of the High Level Ministerial Conference of 19 October 2015 on "the criminal justice response to radicalisation" co-hosted by the Luxembourg Presidency.

Félix Braz stressed that above all "we need to take action. The commitment that we have made today is to ensure the implementation of our decisions taken today and in the past."

French Minister of Justice, Christiane Taubira, stated that "one of my concerns is the quality of judicial cooperation" with other Member States. She stressed that all existing cooperation agreements have been implemented and she believes they are "working well":

As regards ECRIS, the French Minister welcomed the fact that France's request to extend ECRIS to cover third country nationals has been heard by the Council and that it will soon include the digital fingerprints of individuals with existing records.

France also expressed satisfaction that its request to update the 2008 Framework Decision on combating terrorism has been upheld, along with the inclusion of the new terrorist offences set out in United Nations Security Council Resolution 2178 (September 2014), such as travel related to the organisation of terrorist acts, and the financing and facilitation thereof.