The Luxembourg Presidency organised a conference on Diversity and Multilingualism in Early Childhood Education and Care held on 10 and 11 September 2015. 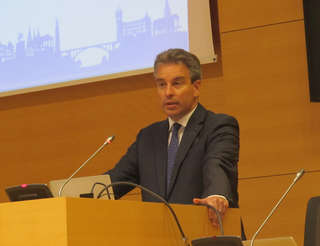 For the Minister of Education, Children and Youth, Claude Meisch, Luxembourg is the right place to hold such a conference because it "is the leading country in Europe in terms of diversity and heterogeneity of students". He believes that this reality will gain importance in other Member States given migratory pressures. During his opening speech, the Minister observed that Luxembourg is a trilingual State and that the growth of the resident foreign population to 45% of the population "considerably modifies the linguistic environment and the landscape of public education". As a result, early childhood is a "key priority" for Luxembourg, noted the Minister, who also stressed the importance of the role of family.

"Action must be taken as early as possible to offset inequalities which are all too evident in compulsory schooling", added Claude Meisch. This principle is also set out in the strategic framework for European cooperation in the field of education and training ("Education and Training 2020"), adopted by the EU's Education Ministers in 2009. The Minister emphasised the importance of including all children in quality education from the outset. The aim of the conference is to identify concrete measures which seek to support the quality framework for Early Childhood Education and Care, put forward by the European Commission in 2014, and also the identification of best practices, stated the Minister. He will submit a report to Ministers of Education during the Education, Youth, Culture and Sports Council of 23 November 2015. 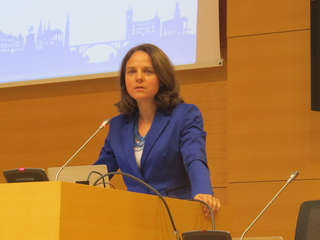 The Minister for Family Affairs and Integration, Corinne Cahen, stressed the importance of promoting diversity in schools, which for her means promoting integration. "When children are used to being with other children of different nationalities or with children with disabilities, they learn to live together and they become more tolerant and open as adults", she said. She observed that Luxembourg is a country of immigration with a significant foreign population. She also said that the children of Syrian refugees who arrived in Luxembourg a year and half ago already speak the three national languages (Luxembourgish, French and German) and "often act as interpreters for their parents".

The European Commissioner for Education, Culture, Youth and Sport, Tibor Navricsics, has said that we should not underestimate the fact that the Union is less inclusive than it was before the start of the economic crisis. He said that 123 million Europeans are at risk of poverty and social exclusion and that youth unemployment has reached 50% in certain Member States. He believes that employment is the best means of inclusion, but that "only quality education allows people to find employment".

The European Commissioner congratulated the progress made at European level, judging that early childhood education and care has become "more accessible" and "of a higher quality". He explained that 94% of 4-year-old children are enrolled in pre-school education, with the EU having nearly reached its goal of 95% by 2020 as provided for in a European Commission communication from 2011 on Early Childhood Education and Care.

Tibor Navracsics nonetheless criticized the fact that "too many children in too many States in Europe do not have access to childcare, which is unacceptable". The Commissioner also condemned the fact that "the vast majority" of Member States have reduced their education budgets, while competitors such as China, Brazil and India have increased theirs. "Investment in education is crucial, it represents great potential", insisted Tibor Navracsics, stating that education and training are a priority of Juncker's Investment Plan and that the European Investment Bank (EIB) set aside EUR 5 billion in 2014 for projects in this field.