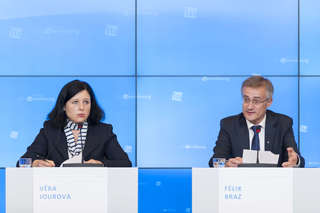 The informal meeting of Justice and Home Affairs Ministers in Luxembourg continued on 10 July 2015 with a section devoted to justice. At the press conference held after the meeting, Luxembourg's Minister of Justice, Félix Braz, who chaired the meeting, summarised the work with his counterparts. The three items on the agenda were the proposed Directive on the protection of the EU's financial interests, (known as the 'PIF' Directive), the European Public Prosecutor's Office and the revision of the 'Brussels II bis' Regulation.

Ministers started by addressing the  proposed Directive on the protection of the EU's financial interests  and focused, in particular, on the potential inclusion of fraud affecting VAT in the revised legislation.

For the record, in 2012, the European Commission put forward a proposal to revise the existing legal framework relating to the fight against fraud to the Union's financial interests. 'This type of fraud is a serious problem which is detrimental to the Union's budget', insisted Félix Braz. According to Commission estimates, suspected fraud amounts to approximately EUR 600 million annually. However, it is a 'sensitive' subject for EU citizens, especially in times of severe budgetary restrictions, said the Minister who is of the opinion that the European institutions 'must react and find effective solutions'.

Félix Braz highlighted the fact that negotiations between the Council and the European Parliament had already begun. 'Unfortunately a compromise is yet to be reached'. According to the Minister, this stalemate is due to the differing approaches of the co-legislators with regard to the inclusion of fraud affecting VAT within the scope of the Directive: 'On the one hand, the Parliament and the Commission argue for the inclusion of VAT whereas, on the other, the Council opposes it'. Member States 'take the view that VAT revenue is primarily a national issue', he noted.

Félix Braz stated the Parliament had 'made it clear' that it considered that the issue had reached a 'temporary stalemate'. 'With this approach, the Parliament runs the risk of causing other stalemates', especially with regard to the establishment of the European Public Prosecutor's Office, said the Minister, who observed that the mandate of the European Public Prosecutor's Office has been set out in the draft regulation with reference to the PIF Directive. He nevertheless considered that the Council 'is also partly responsible'.

According to the Minister, 'the Presidency considers it necessary to break the stalemate by working towards finding a solution acceptable to all parties'. The discussions made it possible to explore possible paths and to 'clarify and even qualify' the position of each party. 'Above all, I shall take away the fact that many of my colleagues are willing to explore the possibility of granting the European Public Prosecutor's Office the power to deal with serious cross-border fraud affecting VAT, such as carousel fraud', stated Félix Braz, noting however that the concept of serious fraud 'is yet to be defined'.

Experts from the Member States have therefore been instructed to carry the work forward before the subject is again discussed at the JHA Council in October 2015. This is an important step which I hope will enable us to reopen dialogue with the European Parliament', he concluded.

The European Commissioner for Justice, Consumers and Gender Equality, Věra Jourová, stressed the need to convince Member States to include VAT in the directive, while highlighting the fact that losses due to fraud affecting VAT amounted to EUR 18 billion in 2014, the same as the annual contribution from VAT to the EU's budget. 'I am holding firm on this point: VAT must be included in the directive', insisted the Commissioner.

According to Félix Braz, the European Public Prosecutor's Office is a flagship project in the field of judicial cooperation in criminal matters

The second topic of the day was the proposal for a Regulation on the establishment of the European Public Prosecutor's Office that Minister Braz considers to be 'a priority of the Presidency'. Two 'outstanding' issues were submitted to the Ministers: the need to obtain judicial authorisation in respect cross-border investigations from both States in question and judicial review of acts carried out by the European Public Prosecutor's Office by the Court of Justice of the EU (CJEU).

As regards cross-border investigations - where an investigation is being carried out in one Member State and investigative measures must also be carried in another Member State - 'the key issue is whether we are ready to accept that cross-border investigation measures can be ordered and carried out without the authorisation of both States in a spirit of mutual trust,' said the Minister. The goal is the establishment of a 'fast and effective' European Public Prosecutor's Office that allows national judges 'to work together in a spirit of mutual trust'.

The Presidency therefore recommends an approach based, in principle, on the judicial authorisation of one Member State for cross-border investigations. 'I have observed that the majority of Ministers share the Presidency's approach', the Minister added.

As regards the judicial review of measures carried out by the European Public Prosecutor's Office, the issue raised relates to the right to an effective remedy, as enshrined in the Charter of Fundamental Rights and the European Convention on Human Rights. 'The fundamental rights of citizens are also involved', said Félix Braz who highlighted the fact that Ministers had 'trouble understanding that the CJEU is not competent to hear actions for annulment and references for a preliminary ruling when assessing the validity of procedural measures taken by the European Public Prosecutor's Office.

Minister Braz thus stated that he had given his peers an option whereby the jurisdiction of the CJEU would be extended to cover actions for annulment and references for a preliminary ruling 'in respect of a limited number of clearly identified procedural measures'. He concluded by stating that 'the Presidency has observed that the vast majority of delegations are in agreement in that regard'. 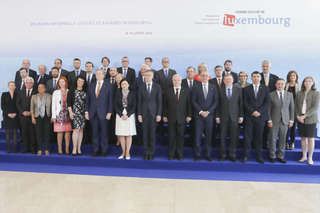 Finally, Ministers discussed the amendment of the 'Brussels II bis' Regulation (concerning jurisdiction and the recognition and enforcement of judgments in matrimonial matters and the matters of parental responsibility), especially issues related to the protection of children.

This Regulation 'represents the cornerstone of judicial cooperation in the field of EU family law', stated the Minister. He stressed that the number of transnational families had increased due to increased mobility of EU citizens. Furthermore, the Regulation complements the Hague Convention of 25 October 1980 on the Civil Aspects of International Child Abduction by establishing a procedure for the return of the child to his habitual residence, continued Félix Braz. He added that the European Commission was preparing a revised text amending the Regulation, which has remained unchanged since 2005, which will focus on the protection of the best interests of the child, through the 'direct and concrete' application of the Charter of Fundamental Rights of the Union.

Although, during the meeting, the Member States agreed that the efficiency and added value of the Regulation would not be called into question, the Ministers nevertheless stressed the 'real need' to supplement the Regulation in order to strengthen the protection of children', stated Félix Braz. It is therefore essential to guarantee legal certainty and the recognition of rights with regard to judicial cooperation in the field of family law. As regards family separation, cooperation is particularly important in order to provide children with a secure legal environment allowing them to maintain relationships with persons holding parental responsibility, Félix Braz continued. The revision shall also seek to guarantee the prompt and effective return of the child in the event of abduction, he said.

Commissioner Jourová highlighted the fact that revision of this regulation was all the more necessary, in so far as 16 million Europeans already have cross-border marriages. 'Child protection must be our priority', she added.