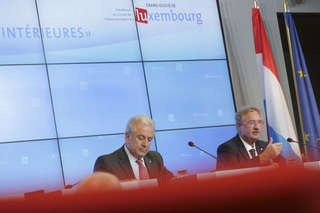 The second part of the informal meeting of Ministers of Justice and Home Affairs (JHA) from the Member States of the European Union (EU), which was held in Luxembourg on 9 July 2015, allowed Ministers to address migration issues and, in particular, the resettlement and relocation of 60,000 refugees and asylum seekers in the Member States. Ministers also discussed the wider Agenda on Migration set out by the European Commission, as well as the fight against migrant smuggling.

For the record, this Agenda on Migration was put forward by the Commission on 13 May 2015 following repeated shipwrecks in the Mediterranean costing the lives of several hundred migrants at the beginning of 2015. The Agenda on Migration outlines two priority measures: the proposal for a temporary relocation mechanism in the Member States for 40,000 asylum seekers arriving into the EU and the proposal for an EU-wide resettlement scheme for 20,000 refugees outside of European territory. EU Heads of State or Government, meeting within the European Council on 25 June 2015, agreed that the distribution of people in need must be done on a voluntary basis and they entrusted the task of setting out the arrangements by the end of July to the Council of the EU.

At the press conference that followed the meeting, Luxembourg's Minister of Immigration and Asylum, Jean Asselborn, highlighted the fact that Member States "often experience difficulties with the package proposed by the Commission" and that discussions had been "difficult and very sensitive" but ultimately successful. In that regard, the Member States agreed on the resettlement of 20,000 people in the EU, a figure which already has "far been exceeded", according to the Minister who stated that the Member States have agreed on some 2,000 additional people.

By contrast, concerning the relocation of 40,000 asylum seekers, the Ministers could not reach an agreement, and the issue will be given "fresh impetus", said Jean Asselborn. The Ministers therefore agreed to address the issue again on 20 July, announced the Minister, who recalled that the objective was to find a solution by the end of July. "I assure you that we will do so on 20 July", explained Jean Asselborn, before stating that Ministers "are not far from achieving that goal, but that further discussions and adjustments are needed in some countries".

"No country has refused to show solidarity", said Jean Asselborn

In response to questions from a journalist, the Minister, who declined to give details on the contributions of the Member States, stated that "some governments, and not the smaller ones, must find the resolve to say that they will do it. Others, perhaps less significant, announced figures today, but stated that they needed time for reflection, as it may be possible to increase them".  Jean Asselborn affirmed that "no country has refused to show solidarity" and that "all countries are involved, with one or more exception", in so far as some Member States have the right to opt out in matters relating to justice and home affairs. On the other hand, with regard to resettlement, three non-EU Member States (Switzerland, Norway and Lichtenstein) pledged their contribution, which, according to the Minister, "is a comfort and can set an example for other EU countries".

Another topic addressed during the discussions was the functioning of first reception facilities (hotspots) in countries of transit and frontline Member States, which the Minister described as being a "very important" issue. These facilities, which the first were set up in Niger, Italy and Greece must ensure the registration of arriving migrants "and identify those in need of international protection and those not qualifying for protection". "Unfortunately, even the asylum policy involves coordinating returns. I think that everything is clearly connected and for those who are not considered to be refugees within the meaning of the Geneva Convention, we need to coordinate returns and also support those countries receiving returning persons", he said.

In addition, Jean Asselborn stressed the fact that is also necessary to prevent secondary migration movements whereby people arrive in one country only to immediately move to another country. "I don't think it will be easy, but the Commission must implement mechanisms to prevent this phenomenon", stated the Luxembourg Minister, before pointing out that everyone has agreed that it is a matter of urgency and we can no longer wait months to find solutions. "The pressure from migration is intense on all sides and an immediate response to some of the challenges facing us is therefore essential".

The European Commissioner for Migration, Home Affairs and Citizenship, Dimitris Avramopoulos, mentioned that the Council and the Commission have worked "hand in hand" in recent weeks in order to find solutions based on the European Agenda on Migration the objective of which is to set out "a common European policy on migration which is now a reality". Following the agreement of the European Council, "it is now for Member States to show solidarity" continued the Commissioner. Pointing out that "the discussion at political level were constructive" and that "progress" were made, he nevertheless observed that "we are not there yet" and that it is important for the Commission to achieve the stated objectives within the time-limits. "To achieve this objective, the Commission shall provide appropriate financial support", stated the Commissioner.

The Agenda on Migration is comprehensive and covers all the challenges associated with migration, also said the Commissioner, who reiterated that the distribution of refugees is only one aspect of a wider strategy: "the fight against migrant smuggling, improving the identification of migrants and the guarantee to return those who do not satisfy the criteria to stay in the EU are also main priorities", he added. The Commissioner emphasised that discussions also addressed the fight against migrant smuggling, in particular measures to cut off financial resources available to traffickers.

So far as concerns the recently launched European naval operation to disrupt the smuggling of humans, Jean Asselborn announced that Russia intends to assist in drafting a United Nations Security Council Resolution. Questions surrounding the official invitation from Libya remain, as several authorities are fighting over the country.